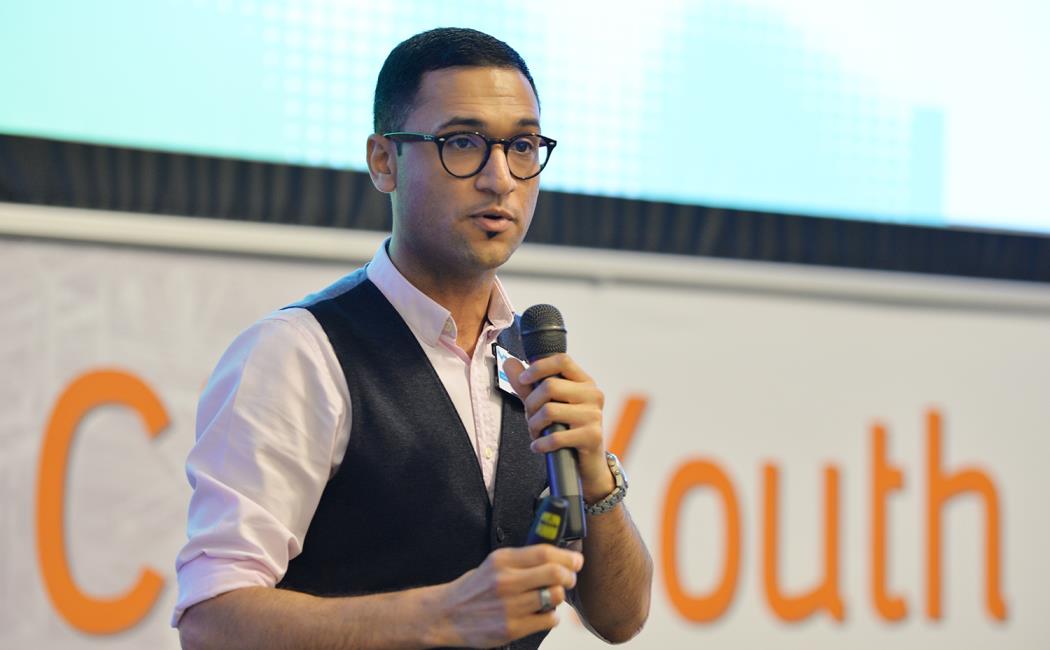 Hassan Al Ismail (MS ’14) has been connected to the KAUST community since 2012 when he started his master’s in Earth Science and Engineering. As a student and alumnus, Hassan has given back to KAUST through his volunteer leadership; he is an executive member of the Saudi Arabian Alumni Chapter, has been a WEP Alumni Lecture Series (2019) presenter, and was the first alumni speaker at Convocation in 2019.

An exploration geophysicist at Saudi Aramco, Hassan is passionate about learning and professional development (often mentoring fellow KAUST alumni and current students). While working full-time, he pursued an MBA at the Hong Kong University of Science and Technology (HKUST) – though his accomplishments do not stop there! In January 2022, Ismail was appointed as a member of the Qatif Governorate Council and serves as the Head of the Public Services Committee and Deputy Head of Agriculture and Environmental Protection Committee.

Ismail’s interest in both STEM and public service started when he was young, and his passion for both has seen him grow to where he is today.

“When I was a kid, I really loved entomology, the study of insects,” said Ismail. “I think that’s because I was fascinated by very small things. Because of this interest, I thought I would study biology, but in high school I turned to my second love, computer science.”

Ismail was a part of the Saudi Aramco college prep program that funded his study abroad as an undergraduate student. In this program, it was important to choose a major that aligned with Aramco’s interests, and that’s when the field of geophysics opened doors for Ismail.

“Geophysics was a field that applied my love for math and computer science to real-world problems,” said Ismail. “I finished my degree at the University of Wisconsin in Madison and returned to work at Aramco, but after two years there, I was presented with another opportunity.”

“I received a phone call from my supervisor asking if I was interested in pursuing grad school at KAUST and had two hours to make my decision to go. To this day, I am very happy I said yes.”

KAUST allowed Ismail to focus on research as well as take on new roles in public service.

“I found my way onto the international business relations committee of the Graduate Student Council, and was elected as President of the Council in the following year which is when I realized how much I enjoyed being the voice of the students,” said Ismail. “I was linking students and admin staff in ways to benefit our community. Truly, it is not unlike what I will be doing for the Qatif Governorate Council.”

After returning to Aramco, it wasn’t long before Ismail was chosen to be a part of the Young Leaders Advisory Board and had the responsibility of working with a team to advise the Strategy Council on matters to help the company achieve its strategic intent. That big-picture mindset prepared him for his current role as a council member.

“When I was appointed as a member of the Qatif Governorate Council, I remember feeling excited and knew I wanted to do it, but never thought I would have the opportunity so soon,” said Ismail. “We have only just begun, but I am looking forward to working on projects and services that serve the needs of the people of my city.”

“Looking back, I didn’t know where my passions for math and public service were taking me. I think for that reason, it is very important to network while at KAUST because one day you may find new opportunities through those connections. Also, because KAUST is a small community, you really do have an influence over things. Use that influence for good and your own personal and professional development.”